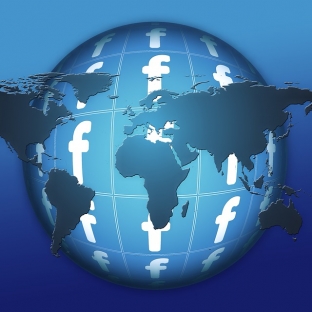 Facebook released some very interesting data in their 2014 fourth quarter numbers. Interesting in the sense that they were pretty much a home run for the company. The share price was up, the advertising revenues were way up and monthly users are still growing at a time where other social networks are perhaps struggling (relatively) to maintain their own excellent growth.

What’s clear, from Facebook’s numbers, is that the new users are coming from new markets, not from existing ones. Data on monthly active users shows “just” a 15,000,000 increase in the United States and Canada between the end of 2012 and the end of 2014. Now the service has 208m monthly active users in that combined market, of a total population of just over 350m. Growth in these markets will likely continue but will continue to slow. Chances are if you’re in those markets and you don’t have Facebook, your either too young, too old or simply don’t want it.

The story is similar in Europe too. Growth still, at a healthy 40m people in the two year period, but again we’re talking about a very mature market, it wouldn’t be the biggest brushstroke to say that most people in Europe have reasonable access to technology and have heard of Facebook. They either fall into one of the three categories above or exists in a country where it isn’t number one – like Russia and Poland.

If Facebook were just available or popular in the North American and European markets, it’d likely still be killing it in the advertising stakes (we’ll come to that in a minute) but growth would feel very, very sluggish. 12% growth in two years into a market that was near-saturation point isn’t the greatest news for stockholders.

Fortunately, there is a world beyond North America and Europe, and it’s in these markets that Facebook is really showing growth. The Asian-Pacific market has added 150m actively monthly users, the rest of the world added 132m. Huge gains that have enabled Facebook to smash through the 1bn actively monthly users barrier.

What’s interesting though is that a significant proportion of this growth has come specifically from mobile devices. Of the 1.39bn monthly active users, 1.19bn of those are mobile users. Adoption of mobile devices worldwide is mind boggling, 2013 data suggested there were almost as many mobile phone plans as there were people on planet earth. While that seems a bit farfetched and open to being picked apart somewhat, it’s mobile where the biggest gains are.

Facebook’s ability to become the thing in the mobile market has enabled them to expand rapidly into the developing world. To their credit, they’ve managed to evolve their platform for better mobile adoption, including video plays, app installs and other things that mean their advertisers are well served, and so are their users.

It’s an interesting comparison to other social networks that have in some cases plateaued. Facebook seem to have jumped the gap into developing markets where mobiles are heavily dominant. That’s likely where growth for companies like Twitter, Pinterest and others will lie going forward.