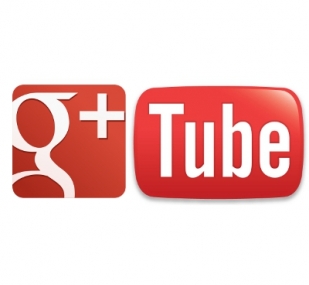 The “social layer” of Google Plus took another victim this week, much to the frustration of some Youtube users people are now required to use a Google+ enabled account to comment on videos. A petition to revoke the change has already amassed 100,000 signatures, and there is anger amongst large swathes of their users (or, at least the ones who shout the loudest – even 100k signatures is still 0.1% of their total users). But is Google Plus really as evil as people are making it out to be?

Google these days has a lot of different brands and applications that are either market leaders that have incredible value. Youtube, Gmail, the Google Play store for Android are all massive draws for them. Google Plus, despite what they might tell you, likely isn’t. The figures they present for how many people use the service is likely inflated by those very people that aren’t using Google Plus directly, but are instead using “other Google Plus services” like Youtube, Gmail etc…

It’s not entirely a selfish venture, though. It’s very hard to dispute that at least having the option to login to multiple different services via one email is actually quite sensible. Trying to remove the anonymity of the Youtube comment section (a minefield at the best of times) is another good idea. But forcing the idea upon users is the kicker for many.

The step is just the latest in a long line of Google trying to make Google Plus artificially more valuable. We’ve seen the evolution across their brand of products already since launch, and it’s hard to believe that its influence over organic search won’t continue to grow beyond where we currently stand. Google are likely trying to follow Facebook with the idea of “personalised results”, influenced by not only what you like and consume but what your friends do to.

I’m inclined to think very little will change as a result of this. Every time Facebook releases a UI update we always hear the vocal minority up in arms about the changes, fast forward a few weeks and everyone has realised they’re a huge improvement. Maybe forcing people to sign up to Google plus to comment is a bit questionable, but it’s all part of streamlining their vast array of services. Remember: “One account. All of Google”.

And besides, has anyone ever actually read a comments section on Youtube? If removing the anonymity from the whole process has a tangible difference on them, it will only be a good thing.