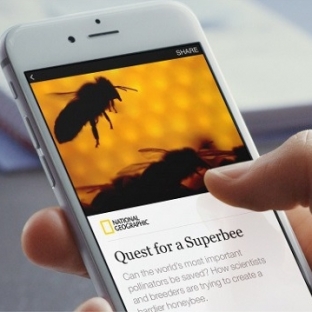 It has often been a consideration over what might come of Facebook after the novelty wore off. If MySpace and fell then wouldn’t the same thing happen to Facebook once a newer, better product came along? Over a decade in, Facebook hasn’t had it all plain sailing but it shows little signs of slowing down. Not only are advertising revenues growing, but they’re also managing to maintain their audience base, even if they have saturated the market in certain areas.

One thing that’s helping maintain Facebook’s dominance is its willingness to adapt. In certain cases, like with Whatsapp and Instagram, it involves buying the competition before it can become a tangible threat. In others, it means evolving their current offering. In recent times this has involved video adverts, come back to the past week and the latest buzz surrounds “Facebook Instant Articles”.

On a micro, small-business level Instant Articles in the short and medium term are probably of very little interest. The first roll-out was ring-fenced at about a dozen media companies like the BBC, Buzzfeed, The Guardian etc… But the potential is huge. Instant articles, for those who don’t know, is a new platform where media publishers can host content *within* Facebook. Load times decimated; a richer, multi-media platform without the wastage that can be caused by leaving for an external site.

But the bigger implications for the future could affect a lot of things. The first thing to say is that advertising will be included within the content, and this can either be provided by the publisher or be Facebook ads where the publisher gets the bulk of the cut. What could this mean? It could ultimately (which enough adoption) mean that Facebook starts encroaching on Google’s Audience Network. Facebook could easily offer advertisers the opportunity to advertise on content for the New York Times, say.

How this might ultimately effect this is the realm of pure speculation and imagination. At this stage, it seems like the early incarnation of Instant Articles is a channelled and restricted platform, but who knows where we’ll be in five years’ time? Facebook’s way of keeping on top of things seems to be to try and pull non-social network elements into its vortex. Be that content from publishers, and the idea of being able to buy products directly within Facebook, is it impossible to think that we could see entire businesses that live within Facebook? A long, long way off, but things are edging closer.