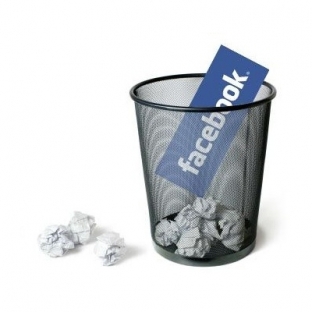 As Facebook makes more and more tweaks to its news feed algorithm, you slowly look at the situation and wonder whether Facebook is the definite certainty it was for businesses say two to three years ago. You might say, perhaps, that anyone who isn’t in that space by now has missed the boat, and you might be right, but what does 2015 mean for someone who perhaps went into in a small way in the past but wants to make a big social drive in the new year?

Facebook without money, while not impossible in 2015, is extremely difficult. Chances are if you don’t have a page that already has a big following and one that is performing well, doing it for free starting now is going to be a fruitless exercise. Facebook’s latest development , to deemphasise  promotional posts in favour of ones that are more friendly is a number that can be viewed in a number of different ways depending on how cynical you are.

Facebook’s model has undoubtedly moved towards trying to make brands pay more for their exposure. When you look at organic page reach, Facebook are undoubtedly correct that the ratio of page posts to friends posts has swung violently in the last few years – so the focus became on if you want to get in front of users in volume, you either have to post “great content” (a phrase said far, far more often than it’s ever achieved) or you have to pay to “boost” posts. Quite what would happen if every page tried it at the same time is unclear, but much like there being a far bigger amount of digital money than real money in the world – the assumption is it would never come to that.

So what are my options then, as a small or medium sized business wanting to make 2015 my year on Facebook? Well you’re going to need money – not necessarily a lot – but you will need some financial investment. Whether that’s to build a community, or get in front of a larger proportion of the audience you have. What is interesting, however, is that you can produce very good results from a very small spend if you can line things up correctly.

But what more businesses are quite rightly looking at Facebook for is an advertising platform. Honestly, this is more about what Facebook should be in 2015, and there’s a very real argument to differentiate between Facebook the social network and Facebook the advertising platform now. You can be extraordinarily successful on Facebook and never post a thing, if you aim is to drive traffic to your site, or convert to some other off-site goal.

Facebook is still a great tool in 2015, but it’s more intricate now. Whereas before you’d have had an almost one size fits all approach to things, now you need to more carefully consider what you want to get out of it, then adjust accordingly. Investment in “being more social” might not produce results now given that there’s a cost factor involved, but it can do if you have a good plan and a goal in mind. Its advert platform in many respects in unrivalled, and every business should have at least taken the time to understand what it could offer for them.