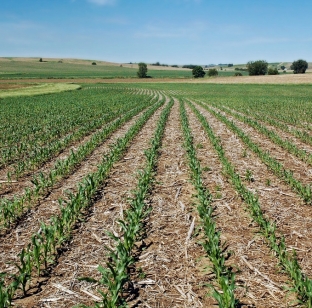 A recent study by Socialbakers showed that organic reach for photos on Facebook is now incredibly low, somewhat bizarrely given that the trend as recent as last year hailed photo posts as perhaps the holy-grail of gaining organic reach. Search Metrics published both studies, so it would be fair to assume that the data was pretty significant, but why?

Videos are cited as one of the main factors. It would be an understatement to say Facebook have ramped up their video offering in the past year; more accurate would be to describe it as being shot to the moon. Videos are everything to them now, and it reflects across every metric.

It’s entirely possible that videos have replaced what photos used to be. Engagements with both formats can be vapid, quite fleeting. As link posts or text-only posts have improved it seems fair to say that Facebook have changed what they see as a more valuable engagement essentially as whatever people do the least. In order that seems to be share -> comment -> link click -> click and then finally “like”.

It is also fair to point out that part of the downfall of photo posts may have simply come about as they became more popular. Facebook wants to provide users with a “range” of content – so when there was a huge influx in image posts they almost became self-defeating. Perhaps there are wider implications over the quality of images posted on Facebook, but that’s pure speculation.

What can I do as a marketer? In most cases, whether we’re dealing with links, photos, text posts or videos we’re in an organic posting market that is contracting. Good luck if you can find success on Facebook without paying for it, but in most cases it’s not going to happen. As I wrote about last year – paying to display was the only likely option left on Facebook and that’s where it’s headed.

But the ultimate word is to say that, while the bar may be incredibly high – nothing organically is unobtainable. You’ll see the phrase “great content” written far more than you’ll actually find the stuff, but it’s true. Great content will succeed on social media – but great might be the top 1%, and in the vast ocean of the internet being in that top 1% is difficult, however good you are.

Facebook is ever evolving and the decline of photo posts on the platform shows that. Whether it’s as entirely as inevitable as Facebook make out is one up for debate; but we use their land we have to play by their rules. And if there’s one thing for certain, Facebook rules.