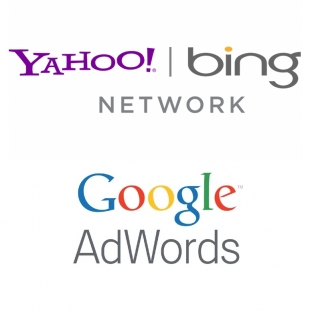 The first piece of data to consider in this regard is market share. In the USA, Google holds around a two-thirds stronghold on searches, with Yahoo and Bing combining for the large part of the other third. In the UK, the share is more pronounced, with some data showing that Google has a near 90% market share, with Bing and Yahoo making up the majority of the other 10%. While that 10% might seem small, it could still mean 230 million UK searches per month.

And the big thing is that the Yahoo Bing network, as a combination, is often far cheaper as Google Adwords are for cost per click.  A study by AdGooRoo (United States data) did a detailed comparison of the two, and the cost per click on the Yahoo/Bing side of things was cheaper in every vertical on average, sometimes remarkably so. Searches in the “computer and internet” vertical were over two and a half times more expensive on Google Adwords.

Not that it’s time to dump Google and go running to Bing. In the UK the discrepancy between the advert impressions is likely to be much higher than in the US, but if you’re looking for a way to expand your range in the PPC world, then opening up into the Bing market is a smart idea. While it’s delivering you a smaller audience, perhaps a significantly smaller audience, you will only be paying for anyone who clicks through to your website, and if these come at a cheaper rate than Google Adwords then it’s certainly something to look consider.

You can find out more about our PPC agency services here.

View Email Marketing
We use cookies to ensure that we give you the best experience on our website. If you continue to use this site we will assume that you are happy with it.OkPrivacy policy