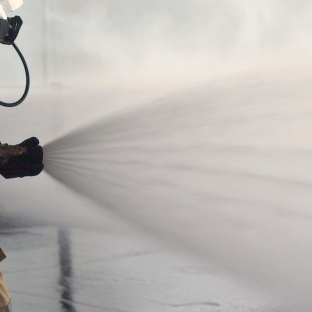 Twitter and Google have re-established a partnership that concluded a few years ago that will see Twitter provide Google access to its API, which will allow Google to incorporate live Twitter data into its search results. It’s a partnership that should also mean Twitter receives a lot more traffic from search engines as a result. It’s a win, win situation, really.

Why did it end? Officially nothing is clear, but the deal that started in 2009 essentially just expired when it was meant to expire in mid-2011. It seems like both parties wanted to go off and do their own things – Twitter with a beefed up version of their own search functionality, and Google with a wider integration of Google + as part of their live search. Needless to say, neither really went where they wanted to.

Twitter has come under pressure due to sagging growth of its user base. There’s a sense that, certainly in their established markets like North America and Europe, that Twitter may have reached saturation point with users. That’s not to say it has stopped growing or that it will stop, but slowing growth isn’t good, especially when you’re a publically traded company.

One thing that Twitter are now looking into is how to generate revenue from non-registered users. As it stands, Twitter is pretty useless unless you’re registered. You can see a persons individual tweets but that’s about it. There’s no context if you’re not registered, and nowhere really to go. Logged out and you visit the homepage? Nothing to see.

Twitter isnt’ like Facebook in the sense that the vast majority of information is public content. So Twitter could really do with leveraging all of that live comment and expertise in a way that could challenge the more mainstream sources of information. It will drive new users, but even if it didn’t, it would be a good way of leveraging these lurkers.

For Twitter, it means that they will have a big supply of new traffic. It’s also quite possible they could use it as a way of creating “hubs” for their live content. Again, all just speculation, but Twitter needs to create a way of utilising all of this user generated content for people other than their users.

For Google, it makes their search results more relevant. As anyone who has searched for anything current on Google you’ll have seen the top area of the search usually filled with “news” – links to media sites. But people searching now want results that are recent, and these often don’t achieve this – live blogs do to a point. With Twitter they’ll have access to a truly live stream of information. They win.

It’s also another death nail in the coffin of Google Plus. Not that this is anything especially new but if Google Plus was thriving Google would have their own live stream of information from their own platform. Evidently in the years that have followed they simply don’t.

Will it mean much on a small business level. Probably not. It’s another sign that Google is looking to evolve their search offering beyond the formulaic results they’ve always had. Google is always evolving (even if, in this case, it’s an evolution to the past), and this Twitter deal is another way of them attempting to stay relevant with the modern searcher.