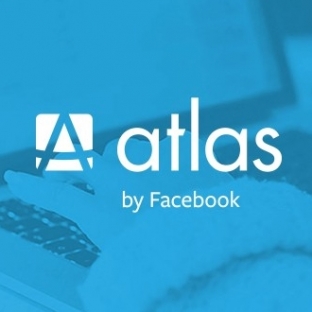 Facebook this week made an official announcement over the launch of Atlas, tracking and advertising tool to help advertisers better follow people through the process. The main part of it, or at least the main part of the first stage, centres around a tool that can easily track people across devices – something that is currently very difficult as tracking cookies don’t work on mobiles – as well as better being able to quantify at what point eventual purchases first made contact with a certain brand or product.

I’m a massive fan of the Facebook advertising platform. Not, necessarily, with some of the pitfalls and niggles that come with working on it on a daily basis, but being able to proactively target people is Facebook’s most powerful asset. For all of Google’s PPC related dominance to date, it’s all reactive –serving people based on what they’ve just done, not on what you know about them. I can’t take a PPC advert and force it in front of a demographic, I must wait for the demographic to come to me.

With Facebook I can go to the end user and use not only demographic targeting, but also interest targeting. It’s a great tool and one that we may never see the like of again. For all the publicity about Facebook’s privacy issues, people still post personal things to the site almost out of habit than anything else – whether it would be replicable to this kind of depth or scale in the future is somewhat hard to imagine.

Often the biggest limiting factor is actually that you just cannot serve enough people. Competition for space within Facebook’s newsfeed is difficult. But if you open up the platform to the web, your opportunities explode. Atlas will hyper inflate the number of contact points, meaning that adverts can be served more regularly and to a wider audience.

It’s too early to jump to conclusions over Atlas, let’s use it first, shall we? But Facebook’s data mine goes deep, and the opportunity to extend the reach of this data outside of the Facebook platform is a big one for advertisers. It’s something Google cannot really replicate, not all that closely. Facebook’s much talked about knowledge base is its king piece, Atlas might set it free.